Bushra is an Egyptian actress and singer born in England. She is best known for her role as Fayza in the 2010 film 678, for which she earned the Best Actress award at the Dubai International Film Festival. She has also appeared in several films, including Ouija, The Game Of Love, About Love And Passion, and I Am Not With Them. Her television credits include Emperor, The Aunt Nour, and dignitaries. Born Bushra Ahmed Abdalah Rozza on October 5, 1976 in England, United Kingdom, she is the daughter of writer Ahmad Abdullah Rozza. She moved from England to Egypt with her family when she was 6 years old. She made her film debut the film Alexandria… New York. She has been married to Amr Raslan since 2010. Bushra is the parent of two sons: Ismail and Laila. 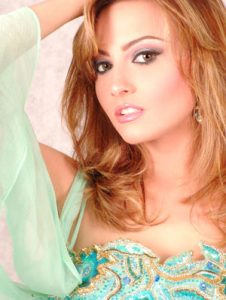 Bushra Facts:
*She was born in England, United Kingdom on October 5, 1976.
*She is the daughter of Dr. Ahmed Abdullah Rozza.
*She is a dual Egyptian/British citizen.
*She is the founder and COO of ElGouna Film Festival.
*Visit her official website: www.bushraofficial.com
*Follow her on Facebook and Instagram.