Maxim Knight is an American actor. He is best known for his portrayal of Matt Mason in the TNT television series Falling Skies, for which he earned a Young Artist Award in 2012. Knight’s other notable works include Medeas, Ball Don’t Lie, Special Agent Oso, CSI: Miami, Sofia the First, and Chasing Life. Born on August 21, 1999 in Honolulu, Hawaii, he moved from Honolulu to Los Angeles with his mother. He started acting in films at the age of eight, and his first role was in All for Melissa in 2007 as Little Jared. 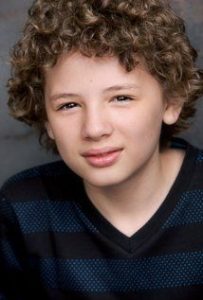 Maxim Knight Facts:
*He was born on August 21, 1999 in Honolulu, Hawaii, USA.
*He moved to Los Angeles when he was 5.
*He started acting at the age of 9.
*He joined the cast of TNT’s new sci-fi series Falling Skies in 2011.
*He won a Young Artist Award for Best Performance in a TV Series by a Supporting Young Actor in 2012.
*He loves to travel and explore other cultures.
*He enjoys nature hikes, skiing, swimming, bicycling and horseback-riding.
*He has two cats named Butterscotch and Jingles.
*Visit his official website: www.maximknight.net
*Follow him on Twitter, Facebook and Instagram.