Megalyn Echikunwoke is an American film and television actress. She is best known for starring as Tara Price in the police drama TV series, CSI: Miami, Nicole Palmer in the Fox series 24, Holly Strickler in the fourth season of 90210, Angie Barnett in the seventh season of That ’70s Show and Isabelle Tyler in the science fiction television series The 4400. Her other notable appearances include Spyder Games, Step Sisters, Like Family, House of Lies, Made in Jersey, Mind Games, Damien, and Almost Family. Born Ebubennem Megalyn Ann Echikunwoke on May 28, 1983 in Spokane, Washington, to parents Anita Laurie and Onigwe Versato Echikunwoke, she grew up on a Navajo Indian Reservation in Chinle, Arizona. She has a sister Misty and brother Miki. Echikunwoke was discovered while performing in a theatrical production for an arts academy, and began working professionally at age fifteen. In 2016, she began dating actor and comedian Chris Rock. 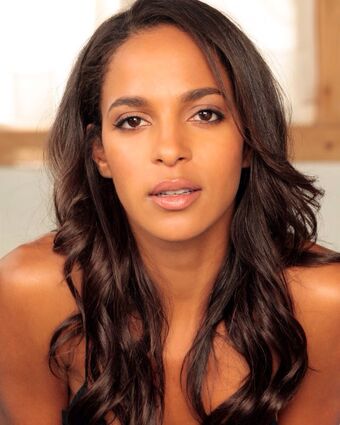 Megalyn Echikunwoke Facts:
*She was born on May 28, 1983 in Spokane, Washington, USA.
*Her full name is Ebubennem Megalyn Ann Echikunwoke.
*Her last name means “leader of men”.
*Her father is of Igbo Nigerian descent. Her mother’s ancestry is English and Scots-Irish.
*Her hobbies include singing, surfing, dancing and traveling.
*She is friends with Tao Ruspoli and Olivia Wilde.
*She is left-handed.
*Follow her on Twitter and Instagram.