Bianca Lawson is an American actress. She is best known for television roles as Megan Jones on Saved by the Bell: The New Class, Bianca Goode on Goode Behavior, Maya St. Germain on Pretty Little Liars and Talia Freeman on Rogue. She is also notable for her recurring roles in the series Sister, Sister, Dawson’s Creek, The Secret Life of the American Teenager, Buffy the Vampire Slayer, The Steve Harvey Show, The Vampire Diaries, Teen Wolf, and Witches of East End. In 2016, Lawson was cast in the Oprah Winfrey Network drama series, Queen Sugar. Born Bianca Jasmine Lawson on March 20, 1979 in Los Angeles, California, she is the daughter of actor Richard Lawson and Denise Gordy. She is the step-daughter of Lawson’s second wife Tina Knowles, and step-sister to singers Beyoncé and Solange Knowles. Lawson attended the Stella Adler Studio of Acting and graduated from Marymount High School, a Catholic school in Los Angeles. She also studied film and psychology at University of Southern California. From 2005 until 2009, she dated Spanish actor Andres Barreiro Gonzales. She was previously in a relationship with Philadelphia based musician Lloyd Mathis from 2000 to 2002. 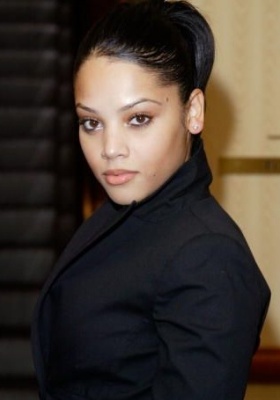 Bianca Lawson Facts:
*She was born on March 20, 1979 in Los Angeles, California, USA.
*Her ancestry includes African-American, Italian, Native American, Portuguese, and Creole.
*She started acting at age 9.
*She stands 4 feet 4½ inches tall and weighs 110 pounds.
*Follow her on Twitter and Instagram.