Megan Follows is a Canadian actress. She is best known for her portrayal of Anne Shirley in the 1985 Canadian television miniseries Anne of Green Gables and its two sequels. Follows portrayed Catherine de’ Medici, Queen of France, in the television drama series Reign from 2013 until 2017. She played Micheline Dushane in the 1989 Canadian drama film Termini Station. She is the recipient of several accolades, including the ACTRA Toronto Award, Canadian Screen Award, and a CableACE Award. Born Megan Elizabeth Laura Diana Follows on March 14, 1968 in Toronto, Canada, to parents Ted Follows and Dawn Greenhalgh, Follows is the youngest child in her family alongside her two sisters and one brother. Her parents divorced when she was age 11, and she moved to Los Angeles to attend school and act. From 1991 until 1996, Follows was married to Christopher Porter. The couple had two children named Lyla and Russell. From 1996 to 2010, Follows was engaged to actor Stuart Hughes. 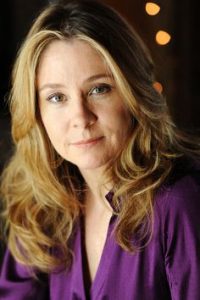 Megan Follows Facts:
*She was born on March 14, 1968 in Toronto, Canada.
*She is the daughter of actor and director Ted Follows.
*Her siblings are Edwina Follows, Laurence Follows, and Samantha Follows.
*At age 9, she appeared in a commercial for Bell Canada.
*She has dual citizenship of Canadian and American.
*She is the sister-in-law of Sean O’Bryan, and aunt of Mckayla and Rowan O’Bryan.
*She is a member of the Canadian charity Artists Against Racism
*She is an avid fan of the show Nurse Jackie (2009-2015).
*Follow her on Instagram.