Pakistani Supermodel who became the first Pakistani model to be on the cover of the popular Middle East fashion magazine Alamra. She is also the Spokesperson of L’Oreal Paris. In 2011, she became the CEO of International Fashion Academy Pakistan (IFAP). She has also featured in international fashion magazine covers and shoots, including Time, Vogue and Marie Claire. She was born in Lahore, Pakistan, on August 2, 1982, into a Muslim Syed family. Her father died when she was three years old. She was raised by her mother along with her three sisters and brother. She attended Lahore’s Home Economics College. She has been married to businessman Ahmed Humayun Sheikh since 2013. Together they have one daughter, Aman Sheikh. 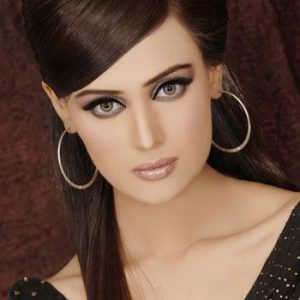 Mehreen Syed Facts:
*She began modeling while in College.
*Ranked #10 by World’s Sexiest Asian Women in 2012.
*Lux Style Awards for Model of the Year 2013
*Visit her official websites: www.mehreensyed.pk, www.mehreensyed.com
*Follow her on Twitter, Facebook and Instagram.