American professional wrestler and model who is notable for her time with WWE under the ring name Melina. She currently wrestles for National Wrestling Alliance. Perez is a three-time WWE Women’s Champion, and a two-time WWE Divas Champion. After winning her second WWE Divas Championship, Perez became the first woman in WWE history to become a multiple-time champion with both the Women’s and Divas titles. 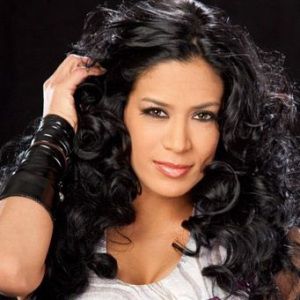 Melina Perez Facts:
*She was born Melina Nava Perez on March 9, 1979 in High Desert, California, USA.
*She has a brother named P.J. Perez.
*She graduated from Hesperia High School in Hesperia, California.
*She began her career as a model.
*She was named Miss California in a beauty pageant in 2000.
*She began training to be a professional wrestler at Jesse Hernandez’s School of Hard Knocks in 2000, and made her debut in 2001.
*She made her WWE debut in 2005 and won her first championship in 2007.
*She has won three WWE Women’s Championships and two WWE Divas Championships.
*Her role model WWE Superstar is Sensational Sherri Martel.
*Her favorite band is No Doubt.
*She is a huge fan of the TV shows The X-Files, Heroes and Sleeper Cell.
*She is best friends with Jillian Hall.
*She was previously in a relationship with Filipino-Greek Actor/Wrestler Dave Bautista.
*She also dated fellow wrestler John Hennigan from 2003 to 2015.
*Visit her official website: www.realmelina.com
*Follow her on Twitter, YouTube and Instagram.