Melissa Peterman is an American actress and comedian. She is best known for her portrayal of Barbra Jean in the television comedy series Reba, and for her role as Bonnie Wheeler in the ABC Family/Freeform series Baby Daddy. Other notable acting roles include Jennifer in Rita Rocks, Candy in Pretty the Series, Carli Mitchell in Working Class, and Brenda Sparks in Young Sheldon. Peterman hosted ABC Family’s Dancing Fools, ABC’s Bet on Your Baby, and CMT’s The Singing Bee. 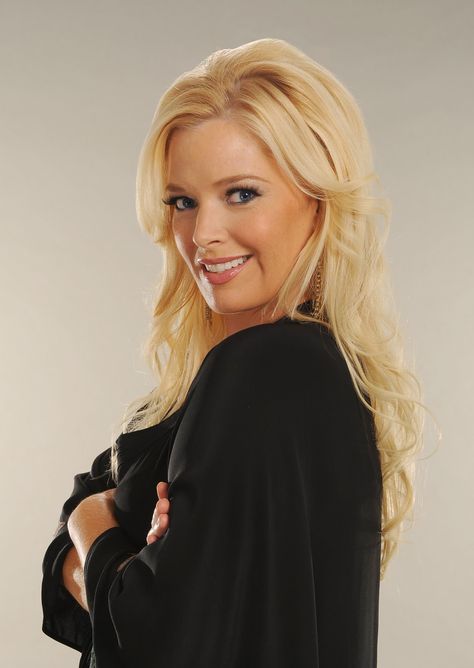 Born Melissa Margaret Peterman on July 1, 1971 in Edina, Minnesota, to parents Pamela and Allan Peterman, Melissa grew up in nearby Burnsville, Minnesota. She graduated from Burnsville High School, and attended Minnesota State University, Mankato where she majored in theater. She married John Brady in June 1999. They have a son together.

Melissa Peterman Facts:
*She was born on July 1, 1971 in Edina, Minnesota, USA.
*She was educated at Burnsville High School and Minnesota State University.
*She played the dim-witted Barbara Jean on the television series Reba.
*She is good friends with her Reba co-stars Reba McEntire, JoAnna Garcia Swisher, and Christopher Rich.
*She is an active supporter of the David Foster Foundation, which extends financial support to families that have children in need of an organ transplant.
*Follow her on Twitter, Facebook and Instagram.