Yael Grobglas is a French-Israeli actress. She is best known for starring as Petra Solano and her twin sister Anežka on The CW’s television series Jane the Virgin. In 2015, Grobglas starred as Rachel Klein in JeruZalem, an English-language Israeli horror film. She also had a recurring roles in Ramzor, Split, Reign, and Supergirl. 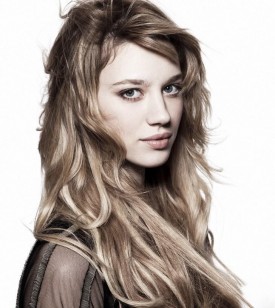 Born on May 31, 1984 in Paris, France, to parents Eva and Jean Pierre Groblas, her family immigrated to Israel, when Yael was just two years old. Her first major role was in three seasons of the Israeli sci-fi show Ha’Yi and made her feature film debut in the Israeli horror film Rabies. Grobglas is married to Israeli businessman Artem Kroupenev, her high school sweetheart. They have a daughter together.

Yael Grobglas Facts:
*She was born on May 31, 1984 in Paris, France, to a Jewish-born French father and a Jewish-convert Austrian mother.
*She is of French-Jewish descent on her father’s side, and of Austrian descent on her mother’s side.
*Growing up, she studied dance and ballet and performed in different dance and ballet groups.
*In 2014, she was cast as Petra, one of the main characters on the CW’s Jane the Virgin.
*She played The Girl in the music video of “Say you like Me” by We the Kings in 2011.
*She was ranked #1 on the list of “38 Sexiest Women of Fall TV 2014” on COED.com.
*Visit her official website: www.yaelgrobglas.com
*Follow her on Twitter, Facebook and Instagram.