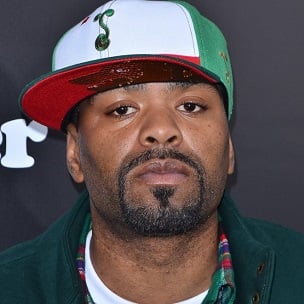 Method Man is an American rapper, songwriter, record producer, and actor. He is best known as a member of the East Coast hip hop collective Wu-Tang Clan whose first solo album, Ironman, debuted at #2 on the Billboard 200 chart in 1996. He is also half of the hip hop duo Method Man & Redman. In 1996, Method Man won a Grammy Award for Best Rap Performance by a Duo or Group, for the song “I’ll Be There for You/You’re All I Need to Get By” with Mary J. Blige. Also an actor, Method Man portrayed the drug dealer Cheese on the iconic HBO series The Wire.

Born Clifford Smith, Jr. on March 2, 1971 in Hempstead, Long Island, New York, Method Man divided his childhood between his father’s Long Island residence and his mother’s home in the Park Hill section of Clifton, Staten Island, locally known as Killa Hill. He has two sisters, Terri and Missy. He is married and has two sons and one daughter.

Method Man Facts:
*He was born on March 2, 1971 in Hempstead, Long Island, New York, USA.
*He was an avid lacrosse player growing up.
*He took his stage name from the 1979 film Method Man.
*He was a prominent member of Wu-Tang Clan by the age of 20.
*He is best friends fellow rapper Reginald Noble, AKA Redman.
*He is a big fan of actor Eric Bana, Ben Kingsley, and Harrison Ford.
*He is good friends with Snoop Dogg.
*Follow him on Twitter, YouTube and Instagram.