Snoop Dogg is an American legendary rapper, singer-songwriter, and actor who rose to fame in 1992, through his vocal contributions on Dr. Dre’s The Chronic. His debut album, Doggystyle, sold nearly 1 million copies the week of its release, and his album Tha Doggfather went 2x platinum in 1997. His hit song Don’t Disrespect has sold 105,000 copies in the United States, and topped Billboard Top Hiphop Albums for 33 non-consecutive weeks. On August 16, 2019, Dogg released his seventeenth solo album, I Wanna Thank Me. Born Calvin Cordozar Broadus Jr. on October 20, 1971 in Long Beach, California, to parents to Beverly and Vernell Varnado, he attended Long Beach Polytechnic High School in Long Beach, California. Dogg played piano and sang at his local Baptist church, before starting rap in sixth grade. On June 12, 1997, he married Shante Taylor with whom he has two sons, Corde, Cordell and a daughter, Cori. 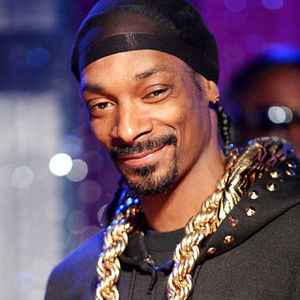 Snoop Dogg Facts:
*He was born on October 20, 1971 in Long Beach, California, USA.
*His parents were both originally from Mississippi.
*His mother named him after a character called “Snoopy”.
*He was in and out of prison towards the end of high school for selling cocaine.
*He was discovered by Dr. Dre in the early 1990.
*His IQ is 147.
*He was good friends with slain rapper Tupac Shakur.
*He is friends with Mariah Carey, Martha Stewart, David Beckham, Charlie Wilson, Method Man and rapper Warren G..
*He is a diehard fan of USC football, Pittsburgh Steelers and the band Metallica.
*He wears a US size 12, a British size 11.5 and a European size 45.
*Visit his official website: www.snoopdogg.com
*Follow him on Twitter, Tumblr, YouTube, Facebook and Instagram.