English actor who has appeared in more than 130 films during a career spanning over 60 years, and is regarded a British film icon. As of February 2017, the films in which he has appeared have grossed over $7.8 billion worldwide. He is best known for his roles in the films Alfie, The Ipcress File, The Italian Job, Dressed to Kill, Get Carter, The Last Valley, Sleuth, The Man Who Would Be King, A Bridge Too Far, Educating Rita, Hannah and Her Sisters and Battle of Britain. Caine played Alfred Pennyworth in Christopher Nolan’s The Dark Knight Trilogy (2005-2012). He is also notable for his performance as Ebenezer Scrooge in The Muppet Christmas Carol, and for his comedic roles in Dirty Rotten Scoundrels, Miss Congeniality, Austin Powers in Goldmember, and Secondhand Lions. Caine has been nominated for an Oscar at least once in five consecutive decades (1960s-2000s). Born Maurice Joseph Micklewhite on March 14, 1933 in Rotherhithe, London, England, to parents Ellen and Maurice Joseph Micklewhite, his brother is Stanley Caine, a fellow actor. Caine left school at age 16 and took a series of working-class jobs before joining the British army and serving in Korea during the Korean War, where he saw combat. He made his acting debut as Hindley, a drunk, in Wuthering Heights. He married Shakira Caine in 1973 and he has two daughters named Dominique and Natasha. He was previously married to actress Patricia Haines. 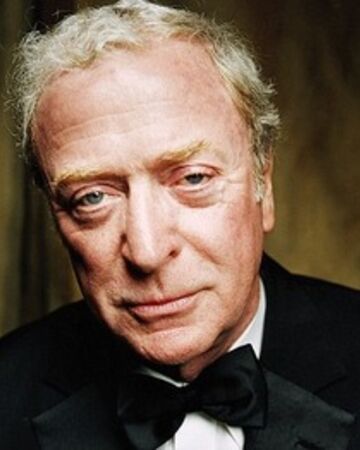 Michael Caine Facts:
*He was born on March 14, 1933 in Rotherhithe, London, England, UK.
*He left school at the age of 16.
*He served in the Korean War for the British Army.
*He is a fan of chill-out music and released a compilation CD called Cained in 2007 on the UMTV record label.
*He speaks French fluently.
*He is one of only two actors nominated for an Academy Award for acting in every decade from the 1960s to the 2000s, the other one being Jack Nicholson.
*He is close friends with Sir Sean Connery, Sir Elton John, Sir Roger Moore and Sir Andrew Lloyd Webber.
*He is a supporter of English Fooltball Club, Chelsea FC.
*He is a fan cricket.
*He dated Edina Ronay from 1961 to 1964.
*Visit his official website: www.michaelcaine.com
*Follow him on Twitter.