Jorgie Porter is an English actress and model. She is best known for her portrayal of Theresa McQueen in the Channel 4 soap opera Hollyoaks. In 2012, Porter took part in the seventh series of Dancing on Ice, and was a contestant in the fifteenth series of ITV show I’m a Celebrity…Get Me Out of Here!. Born Jorgina Alexandra Porter on December 25, 1987 in Manchester, Lancashire, England, she has a younger sister named Emma. She was educated at The Hammond School and Moorside High School. 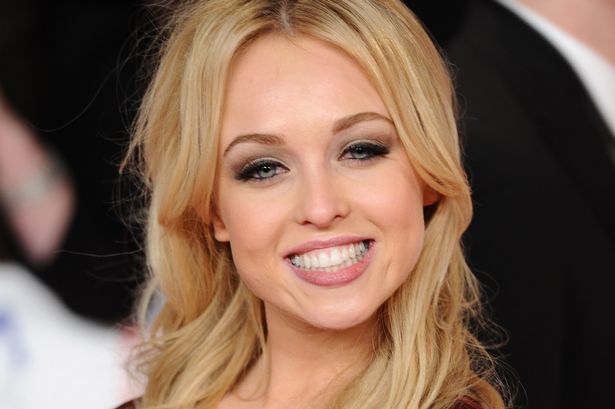 Jorgie Porter Facts:
*Born on December 25, 1987 in Manchester, Lancashire, England, she has only met her father once.
*She wanted to be a ballet dancer.
*She portrayed the role of Theresa McQueen in the Channel 4 soap opera Hollyoaks from 2008 until 2016 and again from 2020.
*She appeared in the November 2010 issue of Sugar magazine.
*She was ranked #50 on FHM’s 100 Sexiest Women in the World 2011.
*She was a contestant in the ITV dance show Born to Shine in August 2011.
*Follow her on Twitter and Instagram.