Crystal Reed is an American actress. She is best known for starring as Allison Argent in the series Teen Wolf, Sofia Falcone on the fourth season of Gotham, and Abby Arcane in the series Swamp Thing. She has also played prominent roles in the films Crazy, Stupid, Love, Skyline, Crush, Too Late, and Ghostland. Born Crystal Marie Reed on February 6, 1985 in Detroit, Michigan, Reed is of Polish and Native American descent. She has one older brother named Corey. She was educated at Roseville Middle School and Wayne State University. Reed was married to Peter Nottoli from 2008 to 2012. She dated television presenter Darren McMullen from 2013 to 2019. 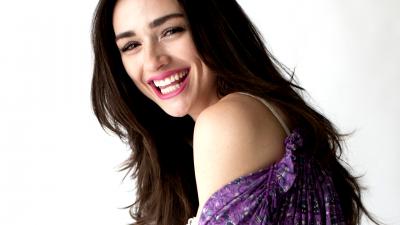 Crystal Reed Facts:
*Born on February 6, 1985 in Detroit, Michigan, she was raised in a conservative Catholic family.
*She graduated in 2003 from Roseville High School.
*She first appeared on stage in high school musical productions of Grease and Annie.
*She starred as Allison Argent in the series Teen Wolf from 2011 to 2014.
*She lists golf as one of her hobbies when she’s not acting.
*Follow her on Twitter, Facebook and Instagram.