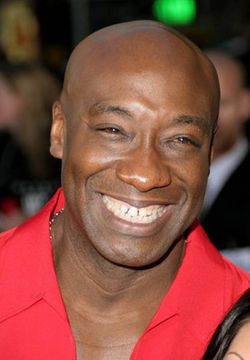 Michael Clarke Duncan was an American actor. He was best known for his breakout role as John Coffey in the feature film The Green Mile, which netted him an Academy Award nomination for Best Actor in a Supporting Role and a Golden Globe nomination for Best Performance by an Actor in a Supporting Role in a Motion Picture. He was also known for playing Kingpin in Daredevil and Spider-Man: The New Animated Series (both 2003). He also appeared in motion pictures such as Armageddon (1998), The Whole Nine Yards (2000), Planet of the Apes (2001), The Scorpion King (2002), Sin City (2005), and Talladega Nights: The Ballad of Ricky Bobby (2006), as well as in the role of Leo Knox in the television series Bones (2011) and its spin-off The Finder (2012). He also voiced characters in films including Brother Bear (2003), Kung Fu Panda (2008), and Green Lantern (2011); he had the voice role of Benjamin King in the video game Saints Row (2006).

Born on December 10, 1957 in Chicago, Illinois, USA, Duncan was raised by his single mother, Jean, a house cleaner, on Chicago’s South Side. He grew up resisting drugs and alcohol, instead concentrating on school. He wanted to play football in high school, but his mother wouldn’t let him, afraid that he would get hurt. He then turned to acting, dreaming of becoming a famous actor.

He worked as a bodyguard for Will Smith, Martin Lawrence, Jamie Foxx, The Notorious B.I.G., and LL Cool J before starting his acting career.

His deep voice, which was very recognizable, led him to voice-roles in films like 2003’s Brother Bear, 2011’s Green Lantern, and 2008’s Kung Fu Panda.

He was engaged to Omarosa Manigault Newman from February 2012 until his death in September 2012.

On August 13, 2010, Duncan confirmed that he was dating reality television personality Omarosa Manigault-Stallworth, whom he had met in the produce section of a Whole Foods supermarket. After suffering a heart attack on July 13, 2012, Duncan was taken to Cedars Sinai Medical Center. Unfortunately, on September 3, Duncan died in the hospital from respiratory failure. He was 54.

Michael Clarke Duncan Education:
He graduated from high school and attended community college.
He also attended Alcorn State University in Mississippi, but dropped out to support his family when his mother became ill.

Michael Clarke Duncan Facts:
*He was born on December 10, 1957 in Chicago, Illinois, United States.
*He debuted in the 1995 stoner-comedy film Friday, which starred Ice Cube.
*He did bodyguard work for Will Smith, Martin Lawrence, Jamie Foxx, LL Cool J and The Notorious B.I.G.; he let a friend take over for him the night Notorious B.I.G. got shot, which prompted him to quit that line of work.
*He had five cats and a chinchilla named Chucky.
*He was a blue belt in Brazilian jujitsu.
*He was good friends with actor and professional wrestler Dwayne Johnson.
*He dated Omarosa Manigault, who was present during his fatal heart attack.