Legendary actor Ricardo Montalban Biography, Family, Height, Weight, Age, Measurements will be discussed here. Montalban’s personal details can be checked here. He was the epitome of Latin elegance, charm and grace on film and television and in the late 1940s and early 1950s reinvigorated the Rudolph Valentino / Ramon Novarro “Latin Lover” style in Hollywood without achieving top screen stardom. 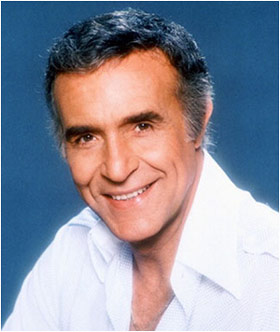 Ricardo Montalban was a Mexican and American film and television actor whose career spanned seven decades, during which he became known for performances in a variety of genres, from crime and drama to musicals and comedy. Best remembered by the public for his starring role as Mr. Roarke on Fantasy Island (1977). Montalban played Khan Noonien Singh in both the television series episode Star Trek: Space Seed (1967) and Star Trek II: The Wrath of Khan (1982). He had appeared with Madlyn Rhue in episodes of three different series: Bonanza (1959), Star Trek (1966) and Fantasy Island (1977). They played husband and wife in the first two of these series. Montalbán won an Emmy Award for his role in the miniseries How the West Was Won (1978), and a Lifetime Achievement Award from the Screen Actors Guild in 1993.

Born Ricardo Gonzalo Pedro Montalbán y Merino on November 25, 1920 in Mexico City, Distrito Federal, Mexico, Ricardo was the youngest of four children to Castilian Spanish immigrants, Ricarda Merino and Jenaro Montalbán. Montalbán had a sister, Carmen, and two brothers, Carlos and Pedro. His father was a dry goods store owner. Montalbán moved to Los Angeles as a teen and lived with his much older brother Carlos Montalbán, who was then pursuing show business as both an actor and dancer. He attended and graduated from Fairfax High School in Los Angeles, California.

Montalbán married actress and model Georgiana Young in 1944. Georgiana was the half-sister of actresses Sally Blane, Polly Ann Young, and Loretta Young. After 63 years of marriage, Young died in November 2007. She was 83 years old. Her death preceded Montalbán’s by one year and two months. They had two daughters and two sons: Laura, Anita, Victor and Mark.

Montalbán died in his Los Angeles home of complications from old age on January 14, 2009 at age 88. Following his death, Montalban was interred with his wife Georgiana Young at Holy Cross Cemetery in Culver City, California.

Ricardo Montalban Facts:
*He was born on November 25, 1920 in Mexico City, and grew up in Torreón.
*He was the son of Spanish immigrants Ricarda Merino Jiménez and Genaro Balbino Montalbán Busano, a store manager, who raised him as a Catholic.
*He was born with an arteriovenous malformation (AVM) in his spine.
*He made 13 Spanish-language films in Mexico before his American debut in Fiesta (1947).
*He was awarded a Star on the Hollywood Walk of Fame at 7021 Hollywood Boulevard in Hollywood, California on February 8, 1960.
*He played Mr. Roarke on the television series Fantasy Island (1977–1984).
*During the 1970s and 1980s, Montalban was a spokesman in automobile advertisements for Chrysler, including those in which he extolled the “rich Corinthian leather” used for the Cordoba’s interior.
*He was a member of the Good Shepherd Parish and the Catholic Motion Picture Guild in Beverly Hills, California.
*His autobiography Reflections: A Life in Two Worlds was published in January 1980 by Doubleday.