Michael Genet is an American actor and screenwriter who has appeared as a guest-star in several television series such as The Equalizer, New York Undercover, Law & Order, Law & Order: Criminal Intent, Law & Order: Special Victims Unit, Ugly Betty and the soap operas As the World Turns, One Life to Live. As a screenwriter, Genet wrote the 2004 independent comedy-drama film She Hate Me, directed by Spike Lee. He has also performed in a number of Broadway stage productions. His broadway credits include Choir Boy, Fences, Lestat, Wicked, Hamlet and A Few Good Men. 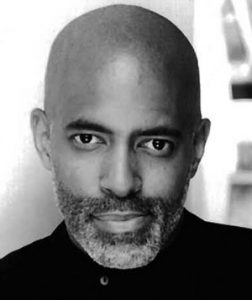 Michael Genet Facts:
*He was born on August 25, 1958 in Washington, USA.
*He wrote the film She Hate Me (2004), directed by Spike Lee.
*He is married to Karen Charles Hughes with whom he has two children.
*Visit his official website: www.michaelgenet.com
*Follow him on Twitter and Facebook.