Nicole Johnson is an American model and beauty pageant titleholder who was crowned Miss California USA 2010. She went on to compete in the Miss USA 2010 pageant held in Las Vegas where she finished within the Top 10. Born Nicole Michele Johnson on July 12, 1985 in Colorado Springs, Colorado, to parents Rick and Annette Johnson, she spent her early childhood in Pennsylvania, and moved to Westlake Village, California. She attended Westlake High School. After graduating from Westlake High School in 2003, Johnson attended University of Southern California, where she earned a Bachelor of Arts in Communication, concentrating in sports and entertainment in 2007. She has been married to swimmer Michael Phelps since June 13, 2016. They have three sons. 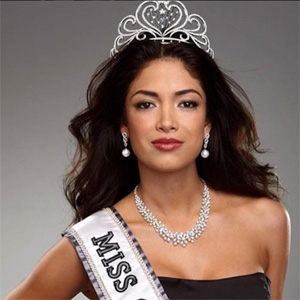