Ruby Lin is an actress, pop singer and producer from Taiwan. She rose to prominence by portraying the role of Xia Ziwei in the television series My Fair Princess. Her other notable television and film roles include China Strike Force, The Duke of Mount Deer, Romance in the Rain, Boy & Girl, Affair of Half a Lifetime, The Devotion of Suspect X, Beauty’s Rival in Palace, Phantom of the Theatre, The Glamorous Imperial Concubine and The Way We Were. She was born as Lin Hsin-Ju born in Taipei, Taiwan. Her father was a businessman, and her mother a housewife. She has two younger brothers, and a younger half-sister. She has been married to Taiwanese actor Wallace Huo since July 31, 2016. Together they have one daughter, Huo Hsiao-ju. 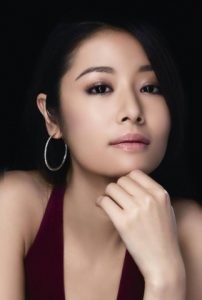 Ruby Lin Facts:
*Her parents separated when she was seven years old.
*She made her acting debut in a TV commercial in Taiwan.
*She has her own production company, Ruby Studio.
*Became the first Taiwan actress to be listed in China Central TV (CCTV)’s Top 10 TV series actress.
*She was named as “Taiwan’s TV Drama Queen” by American entertainment critic Derek Elley.
*She was previously in a relationship with actor Jimmy Lin.
*Stars who attended Ruby and Huo’s the wedding in bali, included Zhao Wei, Fan Bingbing, Shu Qi, Liu Tao, Liu Shishi, Nicky Wu and Hu Ge.
*Follow her on Facebook.