Michael Malarkey is a British-American actor, singer, and songwriter. He is best known for portraying Enzo on The CW supernatural drama series The Vampire Diaries from 2013 to 2017. In 2017 Malarkey was cast in the Sony Crackle series The Oath as Sam Foster. His other notable works include Impirioso, Dark Matters: Twisted But True, Raw, The Selection, and Project Blue Book. Born on June 21, 1983 in Beirut, Lebanon his mother, Nadia, is British, of Arab and Italian-Maltese ancestry while his father, Jim, is American, of Irish and German descent. Malarkey was raised in Yellow Springs, Ohio. His younger brother, Kevin, is also an actor. He studied at the London Academy of Music and Dramatic Art (LAMDA). He is married to actress Nadine Lewington, with whom he has two sons. 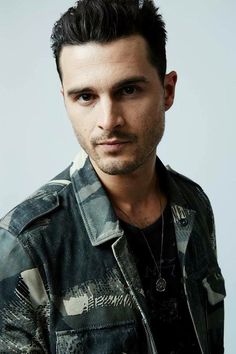 Michael Malarkey Facts:
*He was born on June 21, 1983 in Beirut, Lebanon.
*His mother is British, of Arab and Italian-Maltese ancestry and his father is American, of Irish and German descent.
*Portrayed the role of Enzo in the series The Vampire Diaries.
*He is a dual American/British citizen.
*Visit his official website: www.michaelmalarkeyofficial.com
*Follow him on Twitter, YouTube, Facebook and Instagram.