Whitney Thompson is an American fashion model, best known as the winner of Cycle 10 of America’s Next Top Model (ANTM). She has worked for brands including Metrostyle, JC Penney, People Magazine, Saks Fifth Avenue, the face for Torrid, Diana Warner Jewelry, Forever 21, Converse One Star, and Fashion Bug. She has been featured on the cover of a number of publications including Jacksonville Magazine, Plus Model Magazine, Animal Fair Magazine, and Supermodels Unlimited and served as a spokesperson for the Right Fit brand of Fashion Bug. Born Whitney Lee Thompson on September 26, 1987 in Atlantic Beach, Florida, Thompson worked locally in northern Florida and appeared on the cover of Jacksonville Magazine three times before appearing on America’s Next Top Model. She was educated at Duncan U. Fletcher High School and the University of North Florida. Since November 14, 2014, she has been married to Ian Forrester. 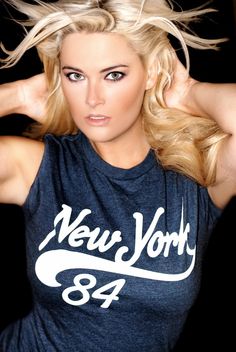 Whitney Thompson Facts:
*She was born on September 26, 1987 in Atlantic Beach, Florida, USA.
*She was a contestant and winner of Cycle 10 of America’s Next Top Model (ANTM).
*Ambassador for the National Eating Disorders Association.
*She was named as one of the ‘Most Influential Women of 2008’ by Lifestyle MSN.
*She launched a jewelry and candle collection called “Supermodel” in 2009.
*She first met her future husband Ian Forrester on the school bus in high school.
*She is Vegan.
*Visit her official website: www.whitneyswanders.com
*Follow her on Twitter, Facebook and Instagram.