Michael McKean is an American actor, voice actor, comedian, screenwriter, and musician. He is best known for his roles as Lenny Kosnowski in Laverne & Shirley, David St. Hubbins in This Is Spinal Tap, and Chuck McGill on Better Call Saul. In 2015, McKean began hosting the Cooking Channel television series Food: Fact or Fiction?. He has also done voice work in Dr. Dolittle 2, Animaniacs, Saturday Night Live, Duckman, Jungle Cubs, Road Rovers, Pinky and the Brain, 101 Dalmatians: The Series, Clerks: The Animated Series, and Thundercats. In 2020, McKean starred as Michael in the parental comedy series Breeders. Born Michael John McKean on October 17, 1947 in New York City, New York, to parents Ruth and Gilbert McKean, he is of Irish, English, Scottish, and some German and Dutch descent. McKean began his career in Pittsburgh while a student at Carnegie Mellon; David Lander was a fellow student at CMU. In March 1999, he married Annette O’Toole. He was previously married to Susan Russell. 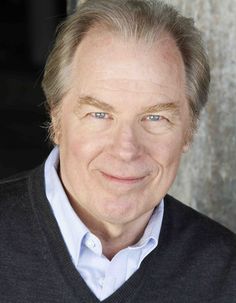 Michael McKean Facts:
*He was born on October 17, 1947 in New York City, New York, USA.
*He has English, Scottish, Irish, and some German and Dutch, ancestry.
*He began playing the guitar at the age of 14. He also plays the piano and the harmonica.
*He is one of only seven actors to appear in both Lois & Clark: The New Adventures of Superman and Smallville, along with Dean Cain, George Murdock, Teri Hatcher, Patrick Cassidy, Rob LaBelle and Richard Gant.
*He resembles actor Leon Rippy.
*He is the stepfather of Anna Geisslinger and Nell Geisslinger.
*Visit his official website: www.michaelmckean.com
*Follow him on Twitter and Facebook.