German pop singer and songwriter who has won multiple awards such as the prestigious Crown of the Folk Music and Smgo! Award in 2012 and Most Successful Pop Star of the Year and as Median Star of Year in 2014. Wendler’s notable hit songs include “Sie liebt den”, “Nina”, “Einer liebt immer mehr”, and “Was soll ich im Himmel”. He has been under contract with Sony Entertainment Record Label for many years and has a total of six gold Records and one platinum. Born Michael Skowronek on June 22, 1972 in Dinslaken, Germany, he first achieved fame through live performances and singles in 1998. He released his debut hit single “Das ist ja wohl ein Ding” in 2001. He married his long time love, Claudia Norberg in March 2009, and the couple had a daughter named Adeline in 2002 before getting divorced in 2019. In October 2018, he began dating Laura Müller. 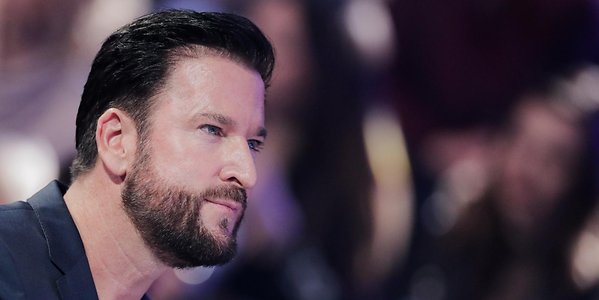 Michael Wendler Facts:
*He was born on June 22, 1972 in Dinslaken, Germany.
*He is a trained forwarding agent.
*He writes songs and lyrics for other Schlager singers under the pseudonym Mic Skowy.
*He was named the most successful singer in 2009 and was given the Crown of Folk Music Award in January 2010.
*He participated in the reality show Ich bin ein Star – Holt mich hier raus! on the RTL (TV network) in January 2014.
*He participated in the TV show de:Ich bin ein Star – Lasst mich wieder rein! in 2015.
*He participated in the reality television series Promi Big Brother from August 15, 2014 to August 29, 2014.
*Visit his official website: www.michaelwendler.de
*Follow him on Twitter, Facebook and Instagram.