Michelle Branch is an American singer-songwriter, guitarist and actress. She won a Grammy Award with Carlos Santana in 2003 for Best Pop Collaboration with Vocals for “The Game of Love”. Her debut single “Everywhere” became an instant hit. Her album “The Spirit Room” went platinum. Born Michelle Jacquet DeSevren Branch on July 2, 1983 in Sedona, Arizona, to Peggy and David Branch, she was born seven weeks early weighing only 3lbs 11oz, and says she was eager to get into the world. She belongs to Irish, Indonesian, Dutch, and French descent. Her first independent album was Broken Bracelet. She was married to her bass player Teddy Landau from 2004 to 2015; they had a daughter named Owen together. Since 2015, she is in a relationship with Patrick J. Carney. 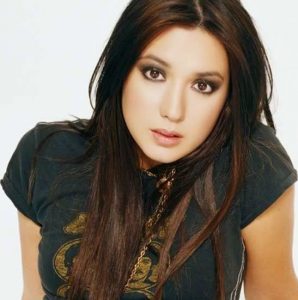 Michelle Branch Facts:
*She was named after a Beatles’ song.
*She started singing at the age of 3.
*She took private voice lessons at Northern Arizona University.
*She plays the cello, accordian, guitar, drums and piano.
*She is friends with Kelly Osbourne.
*She is a huge fan of Aimee Mann and Lisa Loeb.
*She has two cats named Gibson and Winky.
*Visit her official website: www.michellebranch.com
*Follow her on Twitter, Facebook and Instagram.