Zendaya is an American actress and singer who first came to prominence as one of the stars of the Disney Channel series Shake It Up in 2010. Her song, “Watch Me,” hit #9 on the USA Top Heatseekers chart in 2011. Born Zendaya Maree Stoermer Coleman on September 1, 1996 in Oakland, California, to Kazembe Ajamu Coleman and Claire Stoermer, she is of African-American on her father’s side, and of German, Irish, English, and Scottish ancestry on her mother’s side. She has five siblings; three sisters and two brothers. She began her career as a fashion model and backup dancer. She performed on the Kidz Bop cover of Katy Perry’s song “Hot n Cold” in 2009. 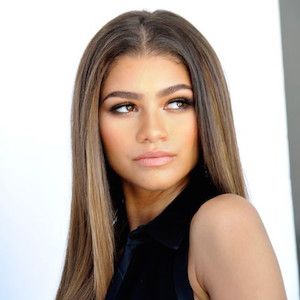 Zendaya Facts:
*Her father is African-American, and her mother, who is white, has German, Irish, English, and Scottish ancestry.
*Best known for her performance on sitcom Shake It Up as Rocky Blue.
*She danced with Future Shock Oakland for three years.
*In 2012, she signed a deal with Hollywood Records.
*She placed second in the season 16 of reality TV show Dancing with the Stars in 2013.
*Her interests include dancing, singing, and clothes designing.
*She is a vegetarian.
*Michael Jackson is her favorite singer.
*Visit her official website: www.zendaya.com
*Follow her on Twitter, Facebook, YouTube, Google+ and Instagram.