Mike Shinoda is an American musician and rapper known as the co-founder of the legendary rock band ‘Linkin Park,’ and one of the vocalists for the band. Shinoda was born as Michael Kenji Shinoda on February 11, 1977, and raised with his younger brother Jason in the Los Angeles suburb of Agoura Hills, California. He is of Japanese descent on his father’s side, and of German and English descent on his mother’s side. 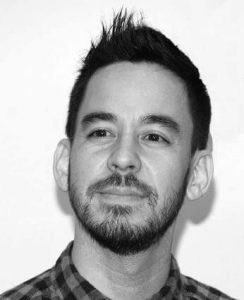 Mike Shinoda Facts:
*He play guitar, beats & samples and keyboards for the band, Linkin Park.
*His most poignant moment was getting a college diploma.
*He got a job as a graphic designer right out of college.
*Currently, he resides in Beverly Hills, California.
*Follow him on Twitter and Instagram.