Allison Janney is an award-winning American actress best known for her portrayal of C.J. Cregg on the show The West Wing, for which she won four Emmys. Her films include American Beauty, Juno, The Hours, Hairspray and The Help. Allison was born Allison Brooks Janney on November 19, 1959 in Boston, Massachusetts, to Jevis Spencer Janney, a real estate developer and a jazz musician, and Macy Brooks, a former actress and a homemaker. She has two brothers named Hal and Jay. 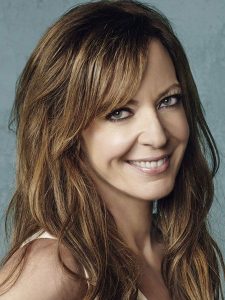 Allison Janney Education:
She attended The Miami Valley School in Dayton.
She completed her schooling from from Hotchkiss School in Lakeville, Connecticut.
She Graduated from Kenyon College in Gambier, Ohio (1982).

Allison Janney Facts:
*She belongs to English and German descent.
*She wanted to become a professional ice skater.
*Her mother Macy once roomed with actress Eileen Brennan.
*Follow her on Twitter.