Mimi Rogers is an American actress of film and television. She has appeared in films such as Gung Ho, The Rapture, Reflections on a Crime, Austin Powers: International Man of Mystery, Lost in Space, Ginger Snaps, For a Good Time, Call…, Someone to Watch Over Me, The Door in the Floor, The Mirror Has Two Faces, and Desperate Hours, and the TV shows Paper Dolls, Weapons of Mass Distraction, Two and a Half Men, The Loop, The X-Files, Wilfred, Mad Men, and Bosch. For her work in Reflections on a Crime, she received the Best Actress prize for the film at the Seattle International Film Festival. Born Miriam Spickler on January 27, 1956 in Coral Gables, Florida, to Philip C. Spickler, a civil engineer, and Kathy Talent, a former dance and drama major, she completed her formal education at age 14, upon high school graduation. She has been married three times and is the parent of two children: a daughter named Lucy and a son named Charlie. 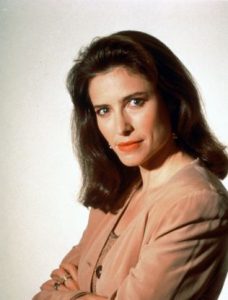 Mimi Rogers Facts:
*She was born on January 27, 1956 in Coral Gables, Florida, USA.
*She is of Ashkenazi Jewish descent on her father’s side.
*She graduated from high school at the age of 14.
*In 1993, she posed for Playboy magazine.
*She enjoys reading and playing tennis.
*She is friends with Maria Shriver and Geena Davis.
*She is a member of the Church of Scientology.
*She is a member of Mensa.