Julian Morris is an English actor. He is known for his roles in television, such as Pretty Little Liars, Hand of God, Fish, ER, 24, My Generation, New Girl, Once Upon a Time and New Girl, and in the films Donkey Punch, Cry Wolf, Valkyrie, and Sorority Row. Born Julian David Morris on January 13, 1983 in London, England, UK, his father, Glen Morris, is from South Africa, and his mother, Andrea, is from Zimbabwe. He was raised in Muswell Hill and is from a Jewish family. He has a younger sister named Amy. He completed his A-level education and got a place at the Nottingham University. He started acting at the Anna Scher Theatre in London and made his acting debut in 1996 at age 13 in an episode of The Knock. He had his first starring role in the American horror film Cry Wolf. In 2012, he began dating actress Sarah Bolger. 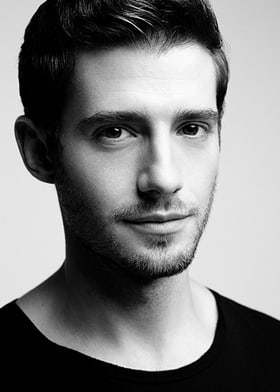 Julian Morris Facts:
*He was born on January 13, 1983 in London, England, UK.
*His parents are both of Jewish descent.
*His mother is from Zimbabwe and his father is from South Africa.
*He made his film debut in a supporting role in the 1999 comedy sports movie, Don’t Go Breaking My Heart.
*Visit his official website: www.julianmorris.net
*Follow him on Twitter, Facebook and Instagram.