Molly Tarlov is an American television and film actress. She is best known for her role as Sadie Saxton in the hit MTV series Awkward. She played Molly in the 1999 American romantic comedy film Simply Irresistible. Born Molly Elizabeth Tarlov on September 12, 1992 in Manhattan, New York, USA, she is the daughter of director and producer Mark Tarlov and writer Judith Roberts. Her older sister Jessica, is a political consultant. Molly began acting in theatrical productions as a child. She graduated in 2008 from Bennington College with a B.A. in Theatre. In March 2017, she married her longtime boyfriend Alexander Noyes following a 20-month-long engagement. 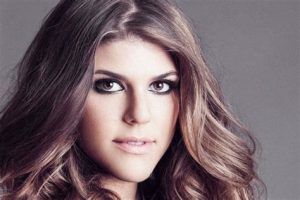 Molly Tarlov Facts:
*She was born on September 12, 1992 in Manhattan, New York, USA.
*She is the younger of two daughters.
*He father is film producer/director Mark Tarlov and her mother is writer Judith Roberts.
*She played Molly in Boyfriend Season in 2013.
*Follow her on Twitter, Facebook and Instagram.