American rapper and songwriter who signed to Yo Gotti’s record label, Collective Music Group (CMG) in October 2016, in a joint venture deal with Interscope Records. Moneybagg’s first two projects to debut in the Top 20, Federal 3X and 2 Heartless, debuted at No. 5 and No. 16 on the Billboard 200, respectively. His third studio album, Time Served, was released in January 2020. It features collaborations with Lil Baby, Blac Youngsta, Future, DaBaby, Summer Walker, Fredo Bang, and Megan Thee Stallion. The album reached number three on the Billboard 200 in January 2020, while his fourth album, A Gangsta’s Pain, was released in April 2021 and became his first chart-topping project. 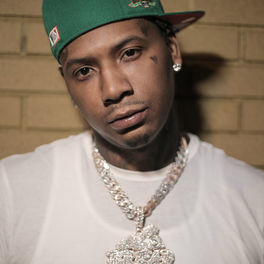 Born Demario DeWayne White Jr. on September 22, 1991 in Memphis, Tennessee, to parents Whitney and Demario DeWayne White Sr., he has a brother named Jamal. Moneybagg Yo has been in a relationship with social media personality Ariana Fletcher. He has eight children: four daughters and four sons.

Moneybagg Yo Facts:
*He was born on September 22, 1991 in Memphis, Tennessee, USA.
*He dropped an early mixtape called Relentless in June 2015.
*He was awarded the 2016 Memphis Hip Hop Awards Mixtape of The Year honor.
*He briefly dated Megan Thee Stallion in 2019.
*Visit his official website: www.baggnation.com
*Follow him on Twitter, YouTube and Instagram.