Jana Kramer is an American country music singer and actress. She is best known for her portrayal of Alex Dupre on the television series One Tree Hill. Kramer released her debut country album, entitled “Jana Kramer” on June 5, 2012. Kramer’s notable hit songs include “Why Ya Wanna”, “Whiskey”, “Love”, and “I Got the Boy”. She competed on season 23 of Dancing with the Stars, coming in fourth place. 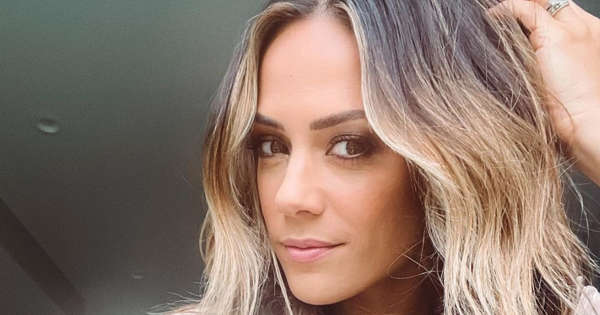 Born Jana Rae Kramer on December 2, 1983 in Detroit, Michigan, to parents Nora and Martin Kramer, she has an older brother, Steve, who is a sergeant at the Oakland County Sheriff’s Office. Kramer was educated at Rochester Adams High School. She began her early career as a television actress, appearing in various soap operas and syndicated shows. Kramer released her self-titled album in 2012. She married former NFL tight end Michael Caussin in May 2015. They have two children. She was previously married to Johnathon Schaech and Michael Gambino.

Books: The Good Fight: Wanting to Leave, Choosing to Stay, and the Powerful Practice for Loving Faithfully

Jana Kramer Facts:
*Born on December 2, 1983 in Detroit, Michigan, she is of German descent.
*She made her acting debut in the low-budget independent horror film Dead/Undead (2002).
*She played Alex Dupre on One Tree Hill.
*She began her musical career in 2012.
*She is close friends with One Tree Hill costars Austin Nichols and Sophia Bush.
*Visit her official website: www.janakramer.com
*Follow her on Twitter, YouTube, Facebook and Instagram.