Monica Lewinsky is an American television personality, activist, fashion designer, and former White House intern. She rose to international fame through her sexual scandal with President Bill Clinton. She had nine romantic encounters with President Clinton between 1995 to 1997. She started a career in television as a Host after the scandal. Born Monica Samille Lewinsky on July 23, 1973 in San Francisco, California, she is the daughter of Bernard Lewinsky and Marcia Kaye Vilensky. She has one brother, Michael Lewinsky. She is a graduate of Hawthorne elementary school and Lewis & Clark College. 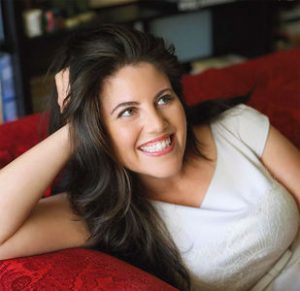 Monica Lewinsky Facts:
*She was born in San Francisco, California.
*Her father is an oncologist and her mother is an author.
*She is best known for Lewinsky scandal.
*She was active in the drama department while in Beverly Hills High School.
*Follow her on Twitter and Facebook.