Montana Manning is an English actress best known for playing Jodie Wilde in the British soap opera Hollyoaks. She is also known for roles in the films Legacy, Demons Never Die, Beverly Hills Ghost, and Daddy Issues. Manning was born on November 22, 1987 in London, United Kingdom. She was in a relationship with soccer player Aaron Lennon and Emmerdale star Ben Freeman. 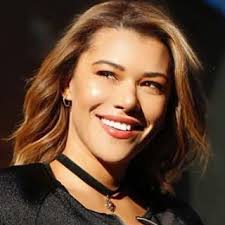 Montana Manning Facts:
*She was born on November 22, 1987 in London, United Kingdom.
*She played Texas Longford’s friend Jodie Wilde in Hollyoaks.
*She was appeared in the music video for T.I. and Iggy Azalea’s “No Mediocre.”
*Follow her on Instagram.