Morgan Lily is an actress and model best known for her role as Lilly Curtis in the apocalyptic film 2012. She played Young Raven / Mystique in the X-Men: First Class (2011) and X-Men: Days of Future Past (2014). She also played Young Juli in the film Flipped (2010). By 4 years old, Morgan had already appeared in fashion magazines internationally for GQ, Harper’s Bazaar, Vogue, Cosmopolitan, Elle & Amica. Born Morgan Lily Gross in Santa Monica, California, she is the daughter of April and Andy Gross, and has three siblings: Jordan, Riley and Audrey. 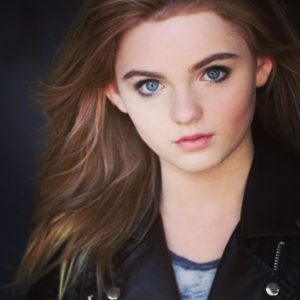 Morgan Lily Facts:
*She began her career early at the age of 2 as a child model.
*She started modeling internationally at 4.
*At age 5, she had her first acting role in the film Shards.
*She is a magician and a ventriloquist.
*Her father, Andy Gross is a Magic Castle member.
*Follow her on Facebook and Twitter.