Four-time Olympic gold medalist Venus Williams is an American professional tennis player who achieved her career’s best ranking on June 7, 2010, which was #1. Venus was born on June 17, 1980 as Venus Ebony Starr Williams in Lynwood, California, to Richard Williams and Oracene Price. She turned professional at the age of 14 in 1994. She has won seven Grand Slam singles titles including, five Wimbledon Championships and two US Open Championships. 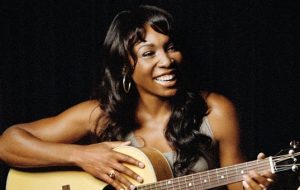 Venus Williams Facts:
*She is the only tennis player to have won a medal at four separate Olympic Games.
*She is the first woman to win an Olympic gold medal in singles and doubles (with Serena) since 1924.
*Venus and her sister, Serena Williams, have become limited owners of the Miami Dolphins. (2009)
*She is the CEO of V Starr Interiors, an interior designing company.
*Tennis Magazine ranked her as the 25th-best player in 40 years in 2005.
*Her parents and sisters are her role models.
*She has a pet dog named Harold.
*Follow her on Twitter, Facebook and Instagram.