Myf Shepherd is an Australian fashion model who has appeared in campaigns for many important fashion houses such as Gucci, DKNY, Y-3, Sonia Rykiel and Levi’s. She has appeared in runway shows for such designers as Dior, Karl Lagerfeld, Marc Jacobs and Prada. She has also appeared in editorials for American, Italian, British, Australian, and Japanese Vogue, V Magazine, Allure, French, Korean, and Japanese Numero, i-D, and Dazed & Confused, ‘LA Times Magazine. Born on April 4, 1991 in Cairns, Australia, her birth name is Myfanwy Amy Elizabeth Shepherd. She attended Brisbane Girls Grammar School. She was discovered by the model scout while shopping in Brisbane, Australia. She auditioned for Cycle 4 of Australia’s Next Top Model, but was rejected by the judges. 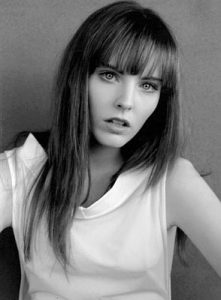 Myf Shepherd Facts:
*She was born on April 4, 1991 in Cairns, Australia.
*She started modeling signing with Chic Management in March 2008.
*She is a vegan.
*She is friends with models Alek Alexeyeva, Katie Fogarty, Kelsey Van Mook, Kendra Spears, Alice Burdeu, Imogen Morris Clarke, Nimue Smit, and Ollie Henderson.
*Follow her on Instagram.