Alfonso Signorini is an Italian television host. He is best known for his appearances on L’isola dei famosi from 2003 to 2007 and Grande Fratello from 2008 to 2012. Born on April 7, 1964 in Milan, Lombardy, Italy, he studied Classical Literature at the Catholic University of the Sacred Heart. He made his television debut in 2002, appearing in the show Chiambretti c’è. He was once engaged to politician Paolo Galimberti. 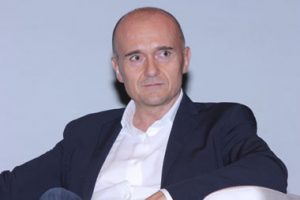 Alfonso Signorini Facts:
*He was born on April 7, 1964 in Milan, Lombardy, Italy.
*He made his debut on television in 2002.
*He appeared on the Maurizio Costanzo Show in 2009.
*Follow him on Instagram.