Nabeel is a Pakistani television actor. He is best known for his portrayal of Dr Dawood in the television series Dhuwan. He played Nabeel in the comedy sitcom Bulbulay on ARY Digital. He is also known for his roles in the series Honeymoon and Shadi Ka Laddu on Express Entertainment. Born on September 1, 1968 in Toba Tek Singh, Pakistan, his full name is Nadeem Zafar. He started working in the television industry since the early 1990s in PTV plays such as “Din” telecast in 1992. Nabeel played a doctor in PTV’s popular show Dhuwan. In 2009 he began starring in ARY Digital’s sitcom, Bulbulay. 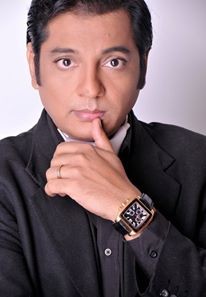 Nabeel Education:
He left his education to pursue acting.

Nabeel Facts:
*He was born on September 1, 1968 in Toba Tek Singh, Pakistan.
*He played a doctor in PTV’s popular show Dhuwan.
*Currently, he is the President and CEO of MIF Productions.
*Follow him on Twitter, Facebook and Instagram.