Nacho is a Spanish football player who plays for Real Madrid and the Spanish national team as a defender. He won his first senior cap for his country in 2013, and was part of the squad at the 2018 FIFA World Cup. Born José Ignacio Fernández Iglesias on January 18, 1990 in Madrid, Spain, to parents Maite Iglesias and José María Fernández, his younger brother, Álex, is also a footballer who plays for Cádiz CF as a central midfielder. He is married to María Cortés with whom he has three children: a daughter and two sons. 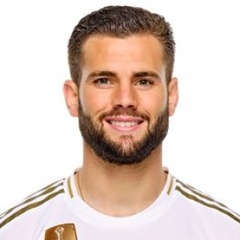