Thomas Ravenel is an American politician who served as South Carolina State Treasurer for the first half of the year 2007. He later starred on the Bravo reality-television series Southern Charm and was an Independent candidate for the United States Senate in the 2014 election in South Carolina. He is also a member of the French Huguenot Church in Charleston. Born on August 11, 1962 in Charleston, South Carolina, he is the son of former South Carolina Congressman Arthur Ravenel Jr. He graduated from The Citadel and the University of South Carolina. He was married to Mary “Katy” Ryan from 1995 to 1998. He has two children with his ex-girlfriend Kathryn Calhoun Dennis. 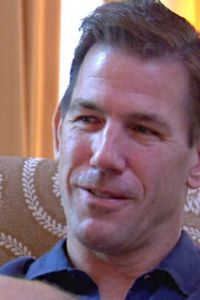 Thomas Ravenel Facts:
*He was born on August 11, 1962 in Charleston, South Carolina, USA.
*His father was a Congressman from South Carolina.
*He founded a real estate company called the Ravenel Development Corporation.
*On July 24, 2007, he resigned as South Carolina Treasurer after facing cocaine distribution charges.
*He was a cast member on the Bravo reality series Southern Charm.
*Follow him on Twitter.