Nancy McKeon is an American actress of film and television. She is best known for playing the role of Jo Polniaczek on the NBC television series The Facts of Life (1980–88). She also played Inspector Jinny Exstead in the American crime drama television series The Division from 2001 to 2004 and had a recurring role in the Disney Channel Original Series Sonny with a Chance from 2009 to 2010. Her other television credits include Style & Substance (1998), Can’t Hurry Love (1995–96) and Stone (1980). McKeon has also appeared in such films as Firefighter (1986), Where the Day Takes You (1992), The Facts of Life Goes to Paris (1982), High School U.S.A. (1983), Poison Ivy (1985), and The Facts of Life Down Under (1987). She voiced for many ABC Weekend Special cartoon characters, including the voice for Dolly. Born Nancy Justine McKeon on April 4, 1966 in Westbury, New York, USA, to Barbara and Donald McKeon, she appeared in numerous commercials along with her older brother Philip McKeon. McKeon moved to California in 1975 with her family for her brother’s career. During the 1980s, she dated Michael Damian and Michael J. Fox. She has been married to Marc Andrus since June 8, 2003. They have two daughters named Aurora and Harlow. 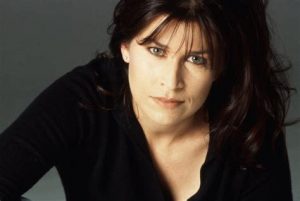 Nancy McKeon Facts:
*She was born on Monday, April 4th, 1966 in Westbury, New York, USA.
*Her older brother is actor Philip McKeon.
*She began modeling at the age of 2.
*Along with her brother Philip, she did over sixty-five commercials in seven years.
*She was previously in a relationship with Platinum Blonde lead singer Mark Holmes.