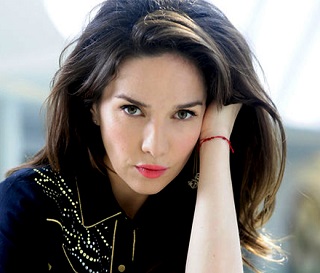 Natalia Oreiro is an Uruguayan singer, actress, and fashion designer whose second studio album, Tu Veneno (Your Poison), released on August 8, 2000, was nominated for the Latin Grammy for Best Pop Female Vocal Album. As an actress, she has appeared in film and television such as Muñeca Brava, Sos mi vida, Solamente Vos, La peli, Miss Tacuarembó, Clandestine Childhood, and The German Doctor. She has worked in over 30 TV commercials including Coca-Cola, Pepsi, Knorr, and Johnson & Johnson.

Born Natalia Marisa Oreiro Iglesias on May 19, 1977 in Villa del Cerro, Montevideo, Uruguay, to parents Carlos Florencio Oreiro Poggio and Mabel Cristina Iglesias Bourié, Natalia studied drama at the age of eight and at twelve started auditioning for advertisements. From then till 16 she recorded 37 commercials for O.B., Coca-Cola, Knorr, among others.

She married Argentine singer and musician Ricardo Mollo in 2001 and they have a son Merlín Atahualpa.

Natalia Oreiro Education:
She began studying theatre at the age of 8.

Natalia Oreiro Facts:
*She was born on May 19, 1977 in Villa del Cerro, Montevideo, Uruguay.
*She studied drama when she was eight years old than she appeared in advertisements at twelve years old such as Coca-Cola, Pepsi and Johnson & Johnson.
*At the age of 16, she joined Latin America’s show El Show de Xuxa and won the competition.
*She started her career in telenovelas.
*She became a vegetarian in 2005.
*She became the new face of L’Oreal in 2011.
*La Nacion named her Queen of Telenovelas in 2012.
*She was once named in the Sexiest Woman Alive Atlas list published by Esquire Magazine.
*She has three citizenships: Uruguayan, Spanish and Russian.
*Visit her official website: www.nataliaoreiro.com
*Follow her on YouTube and Instagram.