Natalia Verbeke is a Spanish actress born in Buenos Aires, Argentina. She has starred in such films as El hijo de la novia (Son of the Bride), Nadie conoce a nadie (Nobody Knows Anybody), and El otro lado de la cama (The Other Side of the Bed). She made her film debut with Fernando Guillén Cuervo in the 1998 Un buen novio (A Good Boyfriend), for which she received the Max Factor Award for the prettiest face in a Spanish-language film. Natalia was born Natalia Carolina Verbeke on February 23, 1975 in Buenos Aires, Argentina, and moved to Madrid, Spain at age 11. In 2015, she began dating Marcos Poggi. She has a daughter, Chiara, born in 2017. 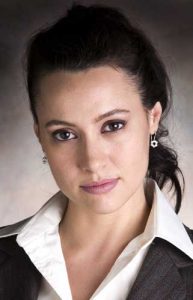 Natalia Verbeke Education:
She studied at the Royal School of Dramatic Arts at the Guindalera School.

Natalia Verbeke Facts:
*She was born in Argentina, but moved to Madrid, Spain to join her family when she was 11.
*She was once girlfriend of Gonzalo Miró, and partner of bullfighter Miguel Abellán.
*Visit her official website: www.nataliaverbeke.us
*Follow her on Twitter, Facebook and Instagram.