David Guetta is a French DJ, record producer and remixer whose hit songs include ‘When Love Takes Over’ and ‘Gettin’ Over You’. He is one of the founders of Gum Productions. He released his debut album, Just a Little More Love, in 2002, which yielded the singles “People Come People Go” and “Love Don’t Let Me Go,” followed by his second album, Guetta Blaster in 2004 and Pop Life in 2007. He was born on November 7, 1967 in Paris, France as Pierre David Guetta. His older sister Nathalie Guettà, is an actress. He had a son Tim Elvis Eric and daughter Angie with Cathy Guetta, whom he was married to from 1992 to 2014. 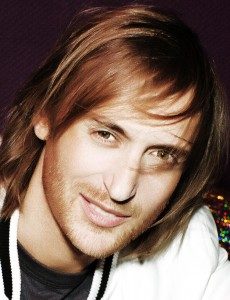 David Guetta Facts:
*He is the younger brother of actress Nathalie Guettà.
*Steve McQueen is his style icon.
*In 2011, he was voted #1 DJ in the DJ Mag Top 100 DJs fan poll.
*He has supported Nicolas Sarkozy’s 2007 presidential campaign.
*Visit his official website: www.davidguetta.com
*Follow him on Twitter, YouTube, Facebook and Instagram.