Canadian actress Natasha Henstridge Biography, Family, Career, Height, Weight, Age, Measurements will be discussed here. Get the latest info of Natasha Henstridge including her personal details, body statistics, family details and facts. She started her career as a model in Paris, France at age 15, and was featured on several magazine covers across the world.

Natasha Henstridge is a Canadian actress and model. She is known for her roles in television, such as She Spies, Eli Stone, Diggstown, The Secret Circle, and Would Be Kings, and in the films Species, Maximum Risk, The Whole Nine Yards, The Whole Ten Yards, and Ghosts of Mars. She won an MTV Movie Award for Best Kiss for a scene in the movie Species.

Born Natasha Tonya Henstridge on August 15, 1974 in Springdale, Canada, her father was a biker/contractor and her mother was a housewife. She has a brother named Shane. Natasha left her home at age 14 to move to Paris, France to become a model. 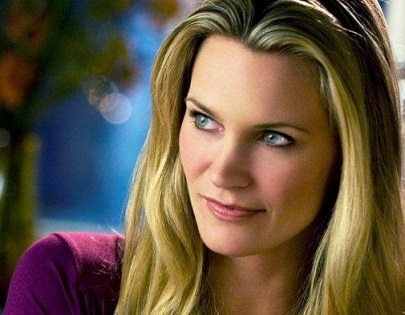 Natasha Henstridge Facts:
*She was born on August 15, 1974 in Springdale, and was raised in Fort McMurray, Alberta.
*She started her career as a model in Paris, France at age 15.
*She came to prominence after being cast in the science-fiction thriller Species, followed by performances in Species II and Species III.
*In 2002, she was ranked #85 in Stuff magazine’s “102 Sexiest Women in the World”.
*She played Lisa Rayborn in You Lucky Dog (2010).