Natasha Lyonne is an American stage, film, and television actress. She is most famous for her portrayal of Jessica in the American Pie series. She also rose to stardom with roles in the films Everyone Says I Love You, Blade: Trinity, But I’m a Cheerleader, and Slums of Beverly Hills. Natasha was born Natasha Bianca Lyonne Braunstein in New York City, New York, to Ivette and Aaron Braunstein. She is from a Jewish family. She has a brother, Adam. 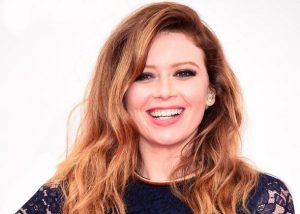 Natasha Lyonne Facts:
*Her parents are both of Ashkenazi Jewish descent.
*She had a role on Pee-wee’s Playhouse at the age of 6.
*She wears mostly black colored outfits.
*She has a dog named, Root Beer.
*She has studied Aramaic language at school.
*Follow Natasha Lyonne on Twitter, Facebook and Instagram.