Natasha Richardson was an English actress of film, television, and theatre. She won a Tony Award for her role in the 1998 Broadway revival of Cabaret. Her other notable works include Patty Hearst, The Parent Trap, Chelsea Walls, Maid in Manhattan and Gothic. Born Natasha Jane Richardson in Marylebone, London, England, on May 11, 1963, she was the daughter of director Tony Richardson and actress Vanessa Redgrave, and sister of actress Joely Richardson. She began acting professionally at the Open Air Theatre in London. She married Liam Neeson in 1994, and the couple had two sons: Michael in 1995 and Daniel in 1996. Natasha died in 2009, from an Epidural hematoma, after a skiing accident in Québec. 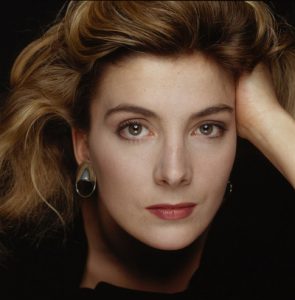 Natasha Richardson Facts:
*Her father was film director Tony Richardson and her mother was actress Vanessa Redgrave.
*Her parents divorced when she was four years old.
*She was named after the spirited Natasha in Leo Tolstoy’s War and Peace.
*She was very closest friend with Meryl Streep.