Nathalia Dill is a Brazilian actress. She is best known for her performances in such telenovelas as Malhação, Paraíso, Escrito nas Estrelas, Cordel Encantado, Liberdade, Liberdade, Rock Story, Joia Rara, and Alto Astral. She has also starred in the films Apenas o Fim and Artificial Paradises. Her theater credits include A Glória de Nelson, As Aventuras de Tom Sawyer, O Beijo no Asfalto, and Boca de Cowboy. 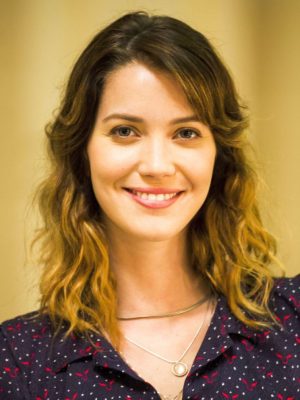 Born Nathalia Goyannes Dill Orrico on March 24, 1986 in Rio de Janeiro, Brazil, to parents Evellyn and Romulo Orrico Filho, she attended Universidade Federal do Rio de Janeiro. She has been married to actor Pedro Curvello since 2019. Together they have one daughter, Eva Dill Curvello. She was previously married to film director Caio Sóh from 2013 and 2014.

Nathalia Dill Facts:
*She was born on March 24, 1986 in Rio de Janeiro, Brazil.
*She began her career appearing in “A Glória de Nelson” and “Jogos na hora da Sesta”. (2005)
*She portrayed the antagonist role as Débora Rios in the telenovela Malhação from 2007 to 2009
*Follow her on Instagram.