Evandro Soldati is a Brazilian model who has appeared in campaigns for many important fashion houses such as Abercrombie & Fitch, Guess and Dolce & Gabbana. He’s also the main male model in the Giorgio Armani ads during 2007 and the 2008 Armani Jeans ad. According to Forbes, Soldati was #7 most successful male model in the world in 2008. He is represented by the agencies Ford Models (New York), Bananas Models (Paris), Why Not Model Management (Milan), Next London (London), Sight Management Studio (Barcelona), 2pm Model Management (Copenhagen), Modelwerk (Hamburg), and MIKAs (Stockholm). 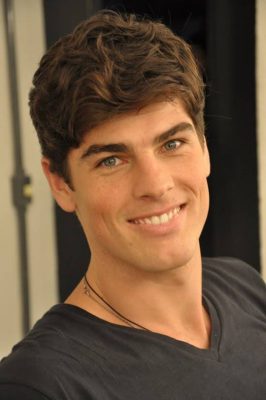 Evandro Soldati Facts:
*Born on April 17, 1985 in Ubá, State of Minas Gerais, Brazil, he is of Italian descent.
*He started modelling in 2002 when his mother signed him up for a Ford contest in his native Brazil.
*He was featured in the music video for Lady Gaga’s single Alejandro.
*In his spare time, he enjoys playing the Brazilian martial art capoeira, and soccer.
*He was married to Brazilian actress and model Yasmin Brunet from 2012 to 2020.
*Follow him on Instagram.